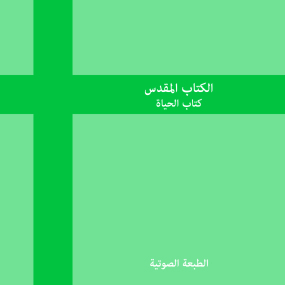 Modeled after the NIV, this translation enjoys wide popularity among Arabic-speaking Christians. It was checked thoroughly by scholars against the Greek and Hebrew original texts. Originally named the "Book of Life, an interpretive translation" (كتاب الحياة ترجمة تفسيرية) in 1992 it was renamed the New Arabic Version (NAV). With several million copies in circulation, it opened the door to acceptance of clear and contemporary Arabic translations.

The New Arabic Version is one of many contemporary Bible translations offered through Biblica, whose mission is to provide the Bible in accurate, contemporary translations and formats so that more people around the world will have the opportunity to be transformed by Jesus Christ.