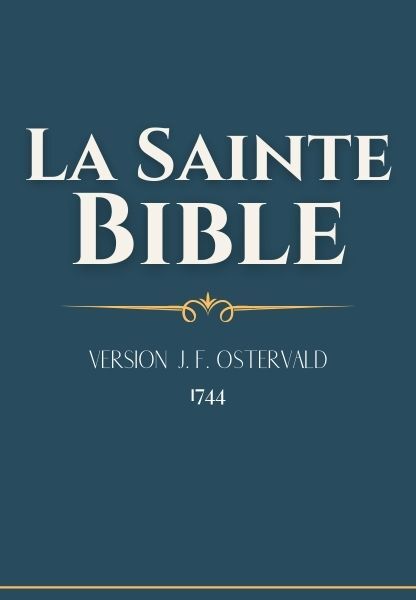 The Ostervald Bible is a French version written in 1744 that enjoyed widespread popularity. Considered an equivalent to the English King James Version, this Bible was based on the Textus Receptus.

Jean-Frédéric Ostervald (November 25, 1663 to April 14, 1747) was a Swiss Protestant pastor, born in Neuchâtel, and educated at Zürich and Saumur (where he graduated). He studied theology at Orléans, at Paris and at Geneva. He was ordained to the ministry in 1683. As preacher, pastor, lecturer and author, he attained a position of great influence in his day, and his writings had a great influence among Waldensian, Dutch, German, Hungarian and Scandinavian Protestants.