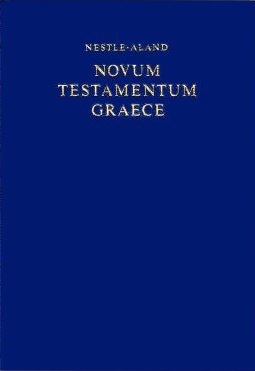 Regarded as the standard Greek text for modern scholarship, the 27th Edition of the Nestle-Aland Text of the Greek New Testament, also known as the Novum Testamentum Graece, is the most recent in a century-long succession of revisions. The work can be traced back to Eberhard Nestle, whose First Edition was published in 1898. Kurt Aland took up the challenge of making further refinements in 1952 and continued as a member of the editorial board from that point. Numerous other scholars, such as Bruce M. Metzger, have also made significant contributions to this text.

The Greek text of the NA27 is termed a "critical text" because it is painstakingly compiled from a wide variety of manuscripts which a team of scholars has deemed most likely to reflect the original writing. Where variations exist in the body of reliable manuscripts available, these variants are typically cited in the "critical apparatus," which is not included in this electronic version.

Already have NA 27 Resources? Upgrade pricing is also available for the NA 28.