Sanctorum Communio: A Theological Study of the Sociology of the Church - Olive Tree Bible Software

Sanctorum Communio: A Theological Study of the Sociology of the Church 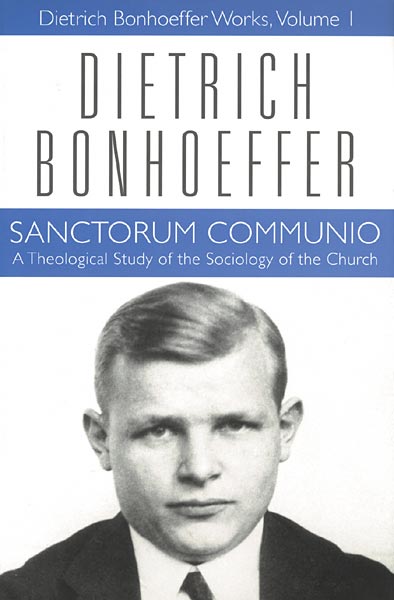 Sanctorum Communio: A Theological Study of the Sociology of the Church

Title: Sanctorum Communio: A Theological Study of the Sociology of the Church

Sanctorum Communio was Bonhoeffer's dissertation, completed in 1927 and first published in 1930. In it he attempts to work out a theology of the person in society, and then, particularly, in the church. Along with enlightening us about his early positions on sin, evil, solidarity, collective spirit, and collective guilt, the volume unfolds a systematic theology of the Spirit at work in the church and what this implies for questions of authority, freedom, ritual, and eschatology.

Here is offered the complete text in translation, annotated by the German and American editors. The historical context is explained and textual commentary is provided in a Foreword and Afterword.