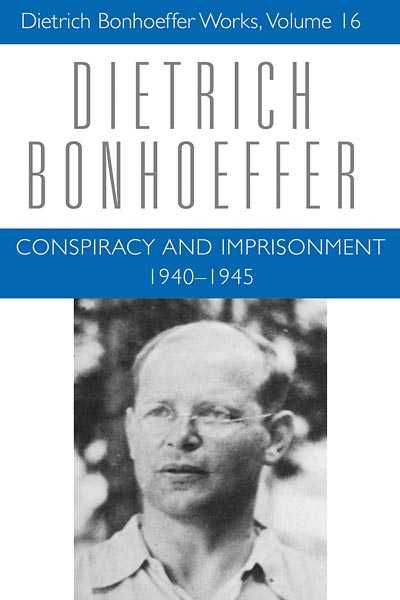 Conspiracy and lmprisonment: 1940-45, published in the year of the one hundredth anniversary of Bonhoeffer's birth, documents Bonhoeffer's life under the increasing restraints and fateful events of World War II Germany.

In hundreds of letters, including ten never-before-published letters to his fiancée, Maria von Wedemeyer, as well as official documents, short original pieces, and a few final sermons, the volume sheds light on Bonhoeffer's active resistance to and increasing involvement in the conspiracy against the Hitler regime, his arrest, and his long imprisonment. Finally, Bonhoeffer's many exchanges with his family, fiancée, and closest friends, demonstrate the affection and solidarity that accompanied Bonhoeffer to his prison cell, concentration camp, and eventual death.