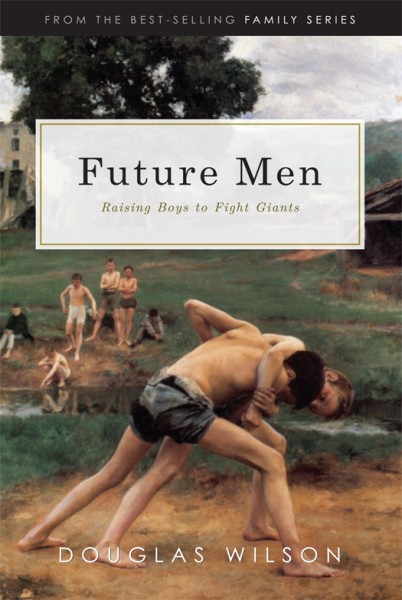 When Theodore Roosevelt taught Sunday school for a time, a boy showed up one Sunday with a black eye. He admitted he had been fighting and on a Sunday too. He told the future president that a bigger boy had been pinching his sister, and so he fought him. TR told him that he had done perfectly right and gave him a dollar. The stodgy vestrymen thought this was a bit much, and so they let their exuberant Sunday school teacher go. What a loss.

As they grow up, boys will encounter a staggering array of issues. In Future Men, Douglas Wilson begins with a call to fathers, and then addresses the importance of things such as athletics and intellectual tenacity, respecting girls, developing a robust work ethic, avoiding money traps, fighting idols, and secret sin. This book pushes scriptural patterns for masculinity into all the corners of a boy's life.