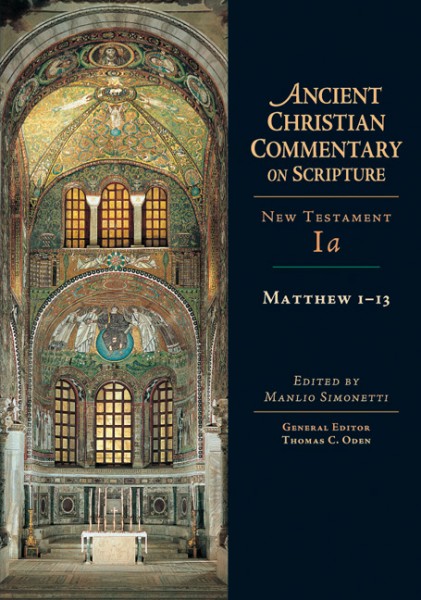 About the Matthew 1-13 volume:

From that point, the First Gospel became one of the texts most frequently commented on in patristic exegesis. Outstanding examples are Jerome's four-volume commentary and the valuable but anonymous and incomplete Opus imperfectum in Matthaeum. Then there are the Greek catena fragments derived from commentaries by Theodore of Heraclea, Apollinaris of Laodicea, Theodore of Mopsuestia and Cyril of Alexandria.