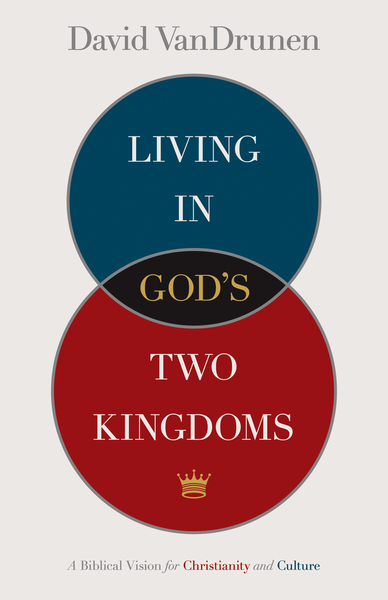 Title: Living in God's Two Kingdoms: A Biblical Vision for Christianity and Culture

Modern movements such as neo-Calvinism, the New Perspective on Paul, and the emerging church have popularized a view of Christianity and culture that calls for the redemption of earthly society and institutions. Many Christians have reflexively embraced this view, enticed by the socially active and engaged faith it produces.

Living in God’s Two Kingdoms illustrates how a two-kingdoms model of Christianity and culture affirms much of what is compelling in these transformationist movements while remaining faithful to the whole counsel of Scripture. By focusing on God’s response to each kingdom—his preservation of the civil society and his redemption of the spiritual kingdom—VanDrunen teaches readers how to live faithfully in each sphere.

Highlighting vital biblical distinctions between honorable and holy tasks, VanDrunen’s analysis will challenge Christians to be actively and critically engaged in the culture around them while retaining their identities as sojourners and exiles in this world.