Persecuted: The Global Assault on Christians 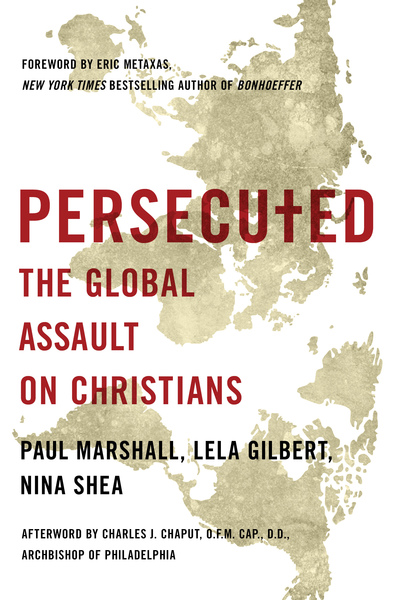 Persecuted: The Global Assault on Christians

Christians are the world’s most widely persecuted religious group, according to studies by the Pew Research Center, Newsweek, and the Economist, among others.

A woman is caught with a Bible and publicly shot to death. An elderly priest is abducted and never seen again. Three buses full of students and teachers are struck by roadside bombs. These are not casualties of a war. These are Christian believers being persecuted for their faith in the twenty-first century.

Many Americans do not understand that Christians today are victims in many parts of the world. Even many Western Christians, who worship and pray without fear of violent repercussions, are unaware that so many followers of Christ live under governments and among people who are often openly hostile to their faith. They think martyrdom became a rarity long ago.

Persecuted soundly refutes these assumptions. This book offers a glimpse at the modern-day life of Christians worldwide, recounting the ongoing attacks that rarely make international headlines.

As Western Christians pray for the future of Christ’s church, it is vital that they understand a large part of the world’s Christian believers live in danger. Persecuted gives documented accounts of the persecution of Christians in Africa, Asia, the Middle East, and former Soviet nations. It contains vivid stories of men and women who suffer abuse because of their faith in Jesus Christ, and tells of their perseverance and courage..

Persecuted is far more than a thorough and moving  study of this global pattern of violence—it is a cry for freedom and a call to action.