'Til We Meet Again 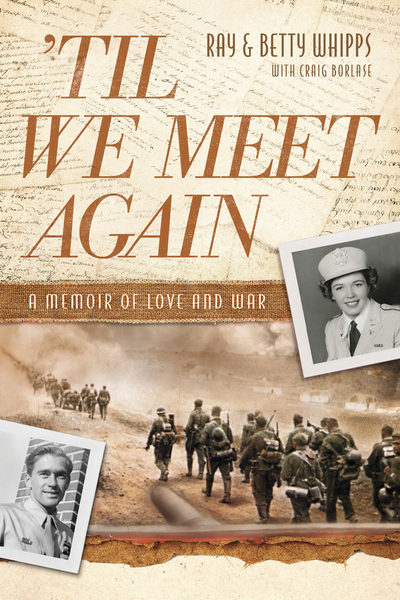 'Til We Meet Again

Title: 'Til We Meet Again

Ray and Betty Whipps both served in Europe during WWII: Ray as an infantryman under General Patton in the trenches of Normandy, Paris, and Belgium, and Betty as a field nurse in Cherbourg, France. The two met when Betty tended to Ray after he was injured in a mortar blast. Both strong Christians, the two bonded over their shared faith, and as Betty nursed Ray back to health, they fell in love and vowed to marry after the war. However, soon after Ray returned to his unit, he was captured by German forces and held captive in Stalag VII, Germany’s largest prisoner of war camp. It was there that Ray’s faith was put to the ultimate test as he endured the most horrific weeks of his life—weeks marked by brutality, malnutrition, back-breaking labor, and near-constant death. The only thing that kept him alive was the dream of someday reuniting with Betty.

Told in first person from Ray’s perspective, with personal wartime letters from Betty interspersed throughout, ’Til We Meet Again is a sweeping love story set amid the backdrop of WWII. The perfect combination of “in the trenches” battlefield accounts and classic 1940s romance, this memoir reads almost like a novel. It is an epic story of faith, hope, and love, and a nostalgic look back at one of the most memorable periods in American history.
ISBN: 9781496407139