Dream with Me: Race, Love, and the Struggle We Must Win - Olive Tree Bible Software 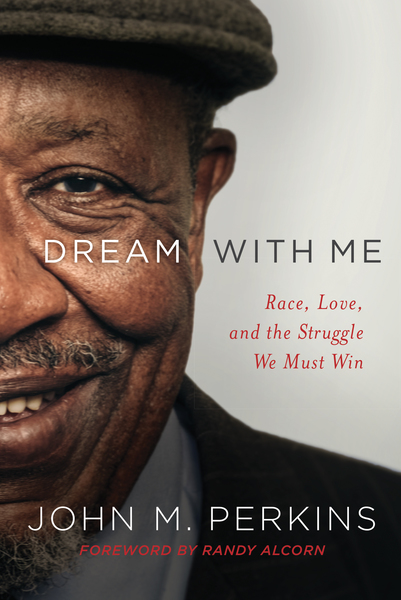 Title: Dream with Me: Race, Love, and the Struggle We Must Win

According to recent surveys and studies, race relations in the United States are the worst they've been since the 1990s, and many would argue that life for most minorities has not significantly improved since the civil rights era of the 1960s. For so many, the dream of true equality has dissolved into a reality of prejudice, fear, and violence as a way of life.

John M. Perkins has been there from the beginning. Raised by his sharecropping grandparents, Perkins fled Mississippi in 1947 after his brother was fatally shot by a police officer. He led voter registration efforts in 1964, worked for school desegregation in 1967, and was imprisoned and tortured in 1970. Through it all, he has remained determined to seek justice and reconciliation based in Christ's redemptive work.

"Justice is something that every generation has to strive for," he says. And despite the setbacks of recent years, Perkins finds hope in the young people he has met all across the nation who are hard at work, bringing about reconciliation in God's name and offering acceptance to all. Dream with Me is his look back at a life devoted to seeking justice for all God's people, as well as a look forward to what he sees as a potentially historic breakthrough for people of every race.
ISBN: 9781493406081