History of Biblical Interpretation Volume 3: Enlightenment through the Nineteenth Century 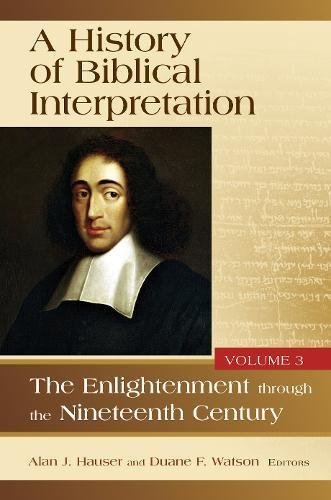 History of Biblical Interpretation Volume 3: Enlightenment through the Nineteenth Century

This third installment examines the period after the Reformation until the dawn of the twentieth century. Its essays cover broad intellectual and historical movements such as historical criticism, textual criticism, and the quest for the historical Jesus. Other contributions focus on particular individuals, including Baruch Spinoza, Friedrich Schleiermacher, and F. C. Baur. Each chapter also includes a helpful bibliography for additional study.