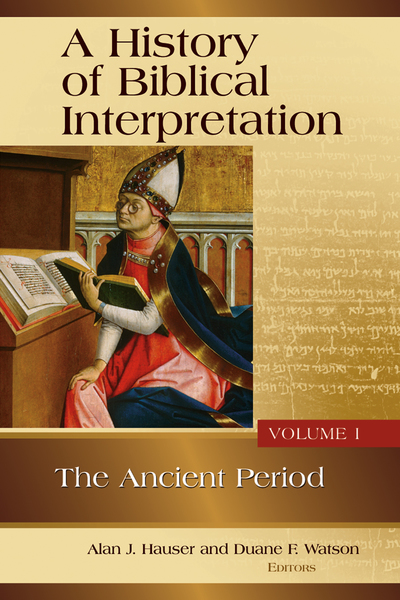 This first volume of A History of Biblical Interpretation explores interpreters and their methods in the ancient period, from the very earliest stages to the time when the canons of Judaism and Christianity gained general acceptance. The first part of the book concentrates on the use of the Scriptures within Judaism. Chapters examine inner-biblical exegesis in the Tanak, the development of the Septuagint, the exegetical approach of Philo of Alexandria, biblical interpretation in the Dead Sea Scrolls and the Targumim, the nature of rabbinic midrash, the stabilization of the Hebrew Bible, and the interpretation of the Bible in the Jewish Apocrypha and Pseudepigrapha.

In addition to these in-depth studies, the volume includes a substantial introduction by the editors that gives readers both a broad overview of the primary issues and features of ancient biblical interpretation as treated in this volume and a means of sampling the ways in which the key figures, schools of interpretation, and issues discussed interweave and contrast with each other.

Up to date, balanced, and engagingly written, this superb work -- and those to follow -- will soon become a standard resource on the history of biblical interpretation.