In Search of Christ in Latin America: From Colonial Image to Liberating Savior 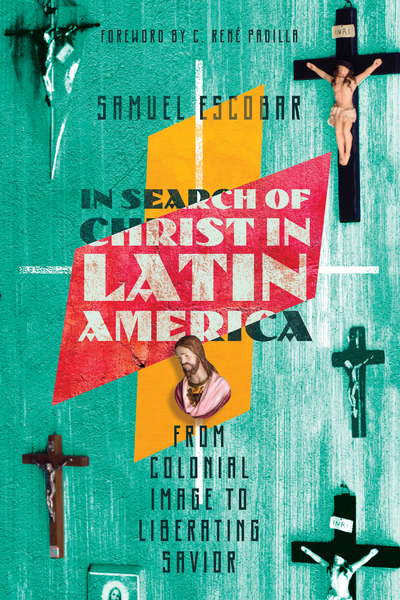 In Search of Christ in Latin America: From Colonial Image to Liberating Savior

Title: In Search of Christ in Latin America: From Colonial Image to Liberating Savior

Ten Outstanding Books in Mission Studies, World Christianity and Intercultural Theology for 2019 — International Bulletin of Mission Research (IBMR) Noted theologian Samuel Escobar offers a magisterial survey and study of Christology in Latin America. Starting with the first Spanish influence and moving through popular religiosity and liberationist themes in Catholic and Protestant thought of the twentieth and twenty-first centuries, In Search of Christ in Latin America culminates in an important description of the work of the Latin American Theological Fraternity (FTL). Escobar chronologically traces the journey of Latin American Christology and describes the milestones along the way toward a rich understanding of the spiritual reality and powerful message of Jesus. IVP Academic is pleased to release this important work, originally published in Spanish as En busca de Cristo en América Latina, for the first time in English. Offers theological, historical, and cultural analysis of Latin American understandings of Christ Discusses the sixteenth-century Spanish Christ, popular religiosity, and developed theological reflection Covers the full spectrum of theological traditions in Latin America Examines the figure of Jesus Christ in the context of Latin American culture of the twentieth century Places liberation theology within its social and revolutionary context
ISBN: 9780830889914