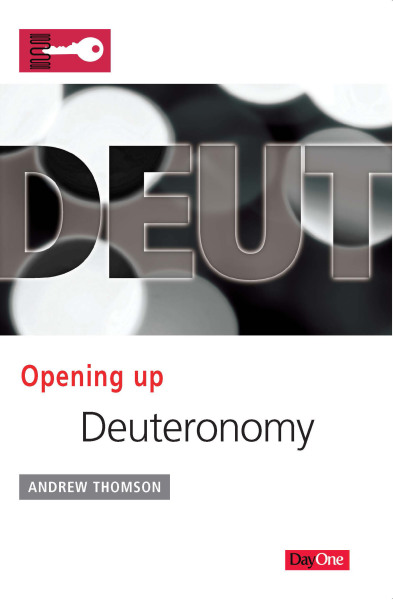 In some ways you could argue that the book of Deuteronomy is not a book for the 21st century. You would have to change the title for a start. ‘Second giving of the law’ isn’t likely to fill too many people with eagerness and excitement. After all, laws aren’t very popular, and, as we see with television, neither are repeats.

So getting people enthusiastic about a book that is all about laws and that covers some of the same ground as the book of Exodus looks like a hard sell. Looked at from another point of view, though, it is a book whose time has come. Lawlessness and moral relativism don’t lead to happiness.

Understanding the law of Moses and its relevance for today really can! It’s a book that the 21st century needs—even if all too few realize it.

"… perceptive in its comments, lively in style and most helpful in relating the teaching of the book to the overall theology of the Bible… I will be recommending it warmly." - Allan M. Harman, former Principal and Professor of Old Testament, Presbyterian Theological College, Melbourne, Australia, and author of Deuteronomy: The Commands of a Covenant God (Christian Focus, 2001)

"Crisp, clear and contemporary … For any who wish to delve into Deuteronomy either as a group or for private study, this is just right." - Brian Edwards, Christian minister, author and editor

Andrew Thomson has been pastor of Kesgrave Baptist Church, Suffolk, since 2010. He became a Christian through a university mission while studying at Oxford and ran a Christian bookshop for some years before being called to the ministry. He is the author of the commentaries on 1 and 2 Chronicles and Isaiah in the Opening Up series. He and his wife, Helen, are blessed with three children.