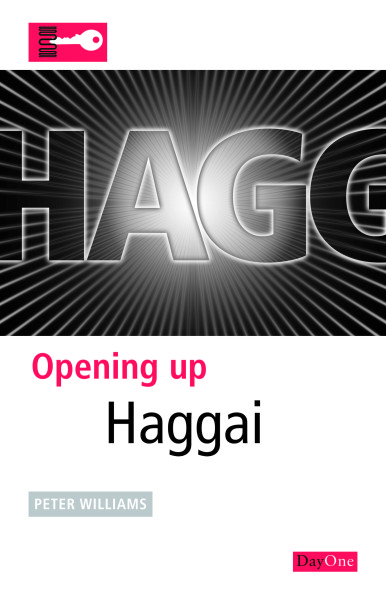 What makes the book of Haggai especially interesting is that he is one of the three last prophets of the Old Testament period to receive God's revelation before the coming of Christ. He was a man with a single message for the people of his day, and he preached it with unparalleled persuasive force and power. That message was concentrated on the need to rebuild the temple, which had been neglected for many years. But by the time Haggai appeared on the scene the people had become dispirited and had lost interest in the rebuilding project. But he knew that its restoration was essential as the outward sign of the covenant, and of the Lord's presence with his people. We know hardly anything about Haggai as an individual, but he was surely an inspiring preacher, succeededing in getting the people enthused for the work, and having the temple completed and dedicated in 516 B.C.

Peter Williams is a Welshman from the town of Neath in South Wales. He is a graduate of the University of Wales and has degrees in theology and philosophy. He has served churches in England and Wales and has continued a preaching ministry since his retirement in 1997, now exercising oversight at Southbourne Evangelical Church in Bournemouth, England. He is author of several other books also published by Day One, including Opening up 2 Timothy and Opening up Ezra. He and his wife, Brenda, have a son, daughter, and three grandsons.