The Future of Christian Learning: An Evangelical and Catholic Dialogue 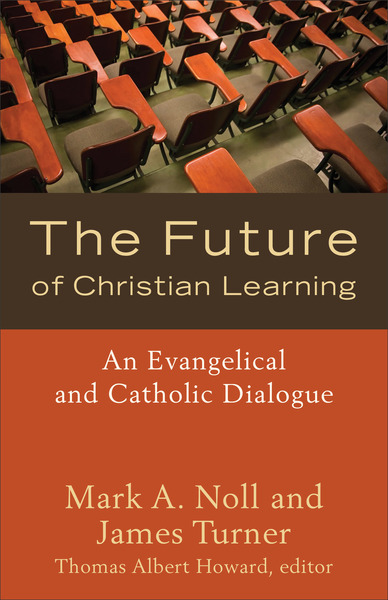 The Future of Christian Learning: An Evangelical and Catholic Dialogue

Title: The Future of Christian Learning: An Evangelical and Catholic Dialogue

Evangelicals and Roman Catholics have been responsible for the establishment of many colleges and universities in America. Until recently, however, they have taken very different approaches to the subject of education and have viewed one another's traditions with suspicion.

In this volume, Mark Noll and James Turner offer critical but appreciative reassessments of the two traditions. Noll, writing from an evangelical perspective, and Turner, from a Roman Catholic perspective, consider the respective strengths and weaknesses of each approach and what they might learn from the other. The authors then provide brief responses to each other's essays. Thoughtful readers from both traditions will find insightful and challenging ideas regarding the importance of Christian learning and the role of faith in the modern college or university.

EXCERPT
In many respects, the current volume . . . touch[es] upon three issues: intellectual engagement, tradition, and ecumenism. The basic idea behind the project was to bring [together] a leading American evangelical scholar and a leading American Catholic scholar, both familiar with their own tradition, with one another's tradition, and with the general landscape of "Christian learning," understood to mean what goes on at actual institutions of higher education, as well as the broader world of academic scholarship. Once this goal was formulated, two names quickly leaped to mind: Mark Noll and James Turner--scholars whom I have long suspected might be American reincarnations of the (irenic, erudite) Protestant reformer Philipp Melanchthon and the (irenic, erudite) Catholic humanist Desiderius Erasmus. . . .
As planning processes got under way, however, Mark Noll accepted an endowed chair at Notre Dame, bringing his long and distinguished tenure at Wheaton [College] to an end and thereby making among his first tasks in his new post a toe-to-toe encounter with his new colleague and (then-serving) departmental chair, James Turner! Thus our dialogue lost the symbolism of confessionally contrasting institutions, even as we retained the intellectual firepower of the invitees. As readers will discover, those [at the conference] were rewarded with a heady mix of hard-earned erudition, theological commitment, and gracious eloquence--all focused on what I am persuaded are among the more interesting and consequential developments in recent decades: points of (promising) contact and (lingering) conflict between evangelical and Catholic approaches to higher education and scholarship.
ISBN: 9781585585342