More Than a Theory (Reasons to Believe): Revealing a Testable Model for Creation 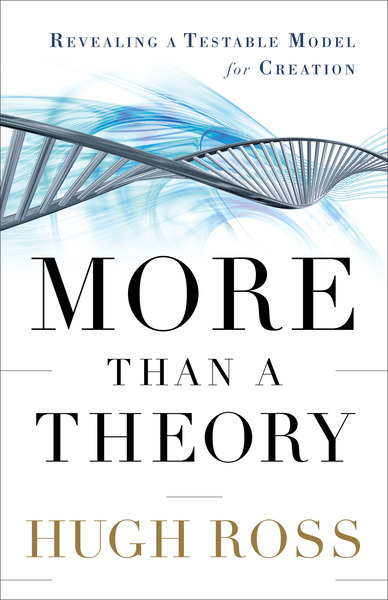 More Than a Theory (Reasons to Believe): Revealing a Testable Model for Creation

Title: More Than a Theory (Reasons to Believe): Revealing a Testable Model for Creation

The year 2009 marks the 150th anniversary of the publication of Charles Darwin's On the Origin of Species. Alongside that event, there are many Darwin Day celebrations planned to acknowledge his 200th birthday. Add to these the virulent attacks of the New Atheists, led by Richard Dawkins. Bible-believing Christians will be left increasingly challenged with the theory of evolution as the only model to explain the origins and age of the universe.

In More Than a Theory, Hugh Ross, founder and president of Reasons To Believe, offers discerning readers a comprehensive, testable creation model to consider as an alternative. This fascinating resource will educate readers with a direct response to the recent and well-publicized challenges from aggressive atheists. In doing so, it also reminds the scientific community of what constitutes good science. Furthermore, it will supply Christians with the scientific information they need to defend their convictions that the God of the Bible is the Creator.

Complete with several appendices that put common documents and stories to the same test, More Than a Theory is a bold, brave, and unapologetic work of apologetics that will stir much discussion in both the scientific and religious realms.
ISBN: 9781441203991