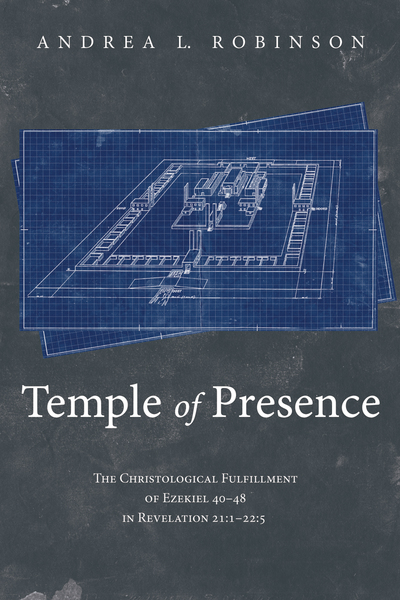 In Revelation 21-22, John offered a resplendent portrayal of a new Jerusalem without a temple, in which he seemed to reference the final chapters of Ezekiel. The puzzling issue for interpreters is why John chose to utilize Ezekiel's temple vision if he wanted to dispense with the temple. Andrea Robinson delves into the complex relationship between these two visions of heaven and earth, examining parallels between Revelation 21-22 and Ezekiel 40-48. In the process, Robinson also explores a variety of apocalyptic works from the Second Temple period to determine the tenor of thought in regard to the concepts of the temple and the messiah in John's day. Ultimately, she helps readers understand how John utilizes Ezekiel's imagery to portray Jesus Christ as the eschatological temple--the place where heaven and earth unite. By uncovering how original hearers would have understood John's visions, Robinson's insightful study helps modern readers appropriate the same hope of a glorious future with the Messiah.
ISBN: 9781532664434