The Rise and Triumph of the Modern Self: Cultural Amnesia, Expressive Individualism, and the Road to Sexual Revolution - Olive Tree Bible Software

The Rise and Triumph of the Modern Self: Cultural Amnesia, Expressive Individualism, and the Road to Sexual Revolution 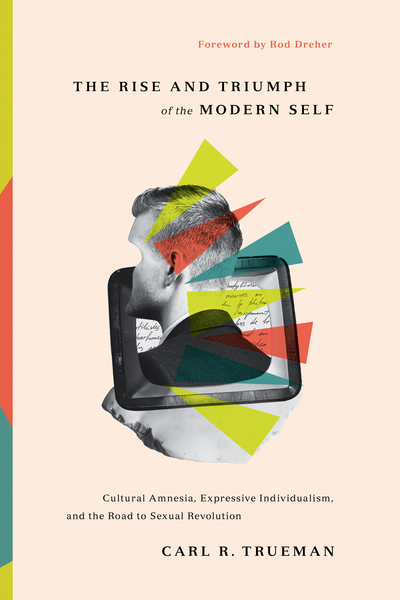 The Rise and Triumph of the Modern Self: Cultural Amnesia, Expressive Individualism, and the Road to Sexual Revolution

Title: The Rise and Triumph of the Modern Self: Cultural Amnesia, Expressive Individualism, and the Road to Sexual Revolution

“Carl Trueman explains modernity to the church, with depth, clarity, and force. The significance of The Rise and Triumph of the Modern Self . . . is hard to overstate.”
—Rod Dreher, from the Foreword

Modern culture is obsessed with identity. Since the landmark Obergefell v. Hodges Supreme Court decision in 2015, sexual identity has dominated both public discourse and cultural trends—yet no historical phenomenon is its own cause. From Augustine to Marx, various views and perspectives have contributed to the modern understanding of the self.

In this timely book, Carl Trueman analyzes the development of the sexual revolution as a symptom—rather than the cause—of the human search for identity. Trueman surveys the past, brings clarity to the present, and gives guidance for the future as Christians navigate the culture in humanity’s ever-changing quest for identity.

“The Rise and Triumph of the Modern Self is perhaps the most significant analysis and evaluation of Western culture written by a Protestant during the past fifty years. If you want to understand the social, cultural, and political convulsions we are now experiencing, buy this book, and read it for all it is worth. Highly recommended.” - Bruce Riley Ashford, Professor of Theology and Culture, Southeastern Baptist Theological Seminary; coauthor, The Gospel of Our King

“Carl Trueman has a rare gift for fusing the deep social insights of a Philip Rieff, a Christopher Lasch, or an Augusto Del Noce with a vital Christian faith and marvelously engaging style. Psalm 8 names the central question of every age, including our own: ‘What is man?’ In explaining the development of the modern self and the challenges it poses to human identity and happiness, Trueman makes sense of a fragmenting world. This book is essential reading for anyone concerned for sustaining the Christian faith in a rapidly changing culture.” - Charles J. Chaput, Archbishop Emeritus of Philadelphia

“This is an amazing piece of work. Blending social commentary with an insightful history of ideas as well as keen philosophical and theological analyses, Carl Trueman has given us what is undoubtedly the most accessible and informed account of the modern self and how it has shaped and informed the cultural battles of the first quarter of the twenty-first century. It is a fair-minded, carefully wrought diagnosis of what ails our present age. This book is essential reading for all serious religious believers who rightly sense that the ground is shifting underneath their feet, that the missionaries for the modern self are not content with simply allowing believers to practice their faith in peace but see these believers and their institutions as targets for colonization and involuntary assimilation. For this reason, every president of a faith-based college or university should read The Rise and Triumph of the Modern Self more than once.” - Francis J. Beckwith, Professor of Philosophy and Church-State Studies and Associate Director of the Graduate Program in Philosophy, Baylor University

“Carl Trueman’s gifts as an intellectual historian shine in this profound and lucid book. The Rise and Triumph of the Modern Self needs to be read by anyone who wants to understand our current cultural distempers.” - R. R. Reno, Editor, First Things

“Our culture did not simply wake up one morning and decide to reject sexual mores that have held civilization together for millennia. The sexual revolution that has overthrown basic human and teleological assumptions over the past sixty years has a history. With the adroit skill of an intellectual historian, the patience and humility of a master teacher, and the charity and conviction of a Christian pastor, Carl Trueman offers us this necessary book. We cannot respond appropriately to our times unless we understand how and why our times are defined such as they are. Trueman’s work is a great gift to us in our continuing struggle to live in the world but be not of the world.” - John D. Wilsey, Associate Professor of Church History and Philosophy, The Southern Baptist Theological Seminary; author, God’s Cold Warrior and American Exceptionalism and Civil Religion

“I don’t think there will be a better-researched or more fascinating book in all of 2020.” - Tim Challies, blogger, Challies.com

Carl R. Trueman (PhD, University of Aberdeen) is professor of biblical and religious studies at Grove City College. He is an esteemed church historian and previously served as the William E. Simon Fellow in Religion and Public Life at Princeton University. Trueman has authored or edited more than a dozen books, including The Creedal Imperative; Luther on the Christian Life; and Histories and Fallacies. Trueman is a member of The Orthodox Presbyterian Church.