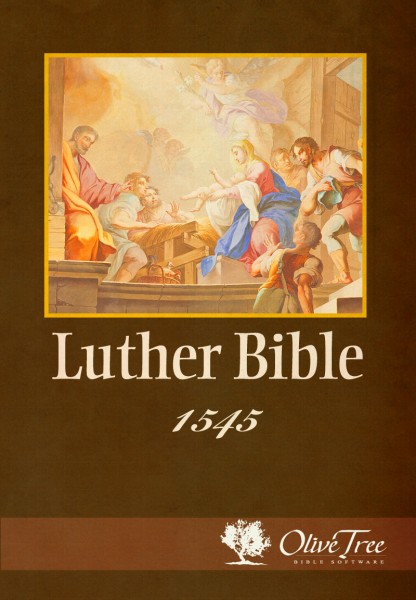 The 1545 translation of the Bible into German by Martin Luther may have been his most important work. It is considered largely responsible for the development of the modern German language, but more importantly it is one of the most popular and authoritative translations of the Bible into German. Luther was familiar enough with Greek and Hebrew to provide an accurate translation, had an excellent sense of rhythm and music to elegantly reproduce Hebrew poetry, and possessed an unparalleled understanding of the German language. Above all, Luther had the highest qualification, one that he himself recognized as the essential requirement of a Bible translator: "a truly devout, faithful, diligent, Christian, learned, experienced, and practiced heart."

Martin Luther (1483 – 1546) was a German monk, priest, professor, theologian, and church reformer. His teachings inspired the Reformation and deeply influenced the doctrines and culture of the Lutheran and Protestant traditions, as well as the course of Western civilization. Luther's study and research as a Bible professor led him to question the contemporary usage of terms such as penance and righteousness in the Roman Catholic Church. He became convinced that the church had lost sight of what he saw as several of the central truths of Christianity — the most important being the doctrine of justification by faith alone. He began to teach that salvation is a gift of God's grace through Christ received by faith alone. As a result of his lectures on the Psalms and on Paul's letter to the Romans, from 1513-1516, Luther "achieved an exegetical breakthrough, an insight into the all-encompassing grace of God and the all-sufficient merit of Christ."