The Spirit of Prayer 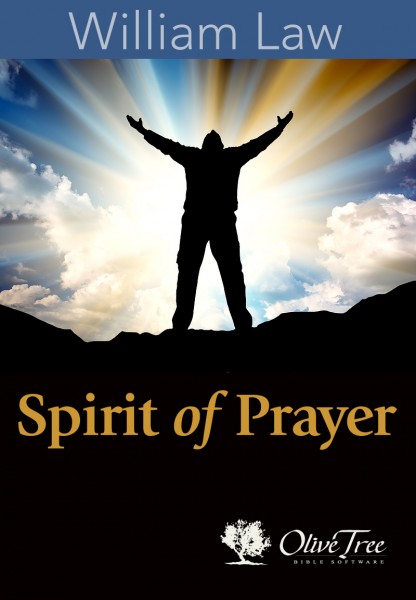 The Spirit of Prayer

Title: The Spirit of Prayer

In The Spirit of Prayer, William Law meditates on the process of repentance and redemption as the human soul turns toward God and rises "out of the vanity of time and into the riches of Eternity."

Christians may think of salvation through Christ as being saved for Heaven after one's death. However, Law challenges his readers to go further than this, and to consider the process of being transformed to become more like Christ in how we live. He explores this process of transformation and redemption fully, and tells us, "for his Salvation, if it is had, must be had in this world; if He saves thee, it must be done in this life, by changing and altering all that is within thee, by helping thee to a new heart, as He helped the blind to see, the lame to walk, and the dumb to speak."

William Law (1686-1761) taught at Cambridge in the early 1700s but was banned from preaching because he refused to take an loyalty oath to the government during a time of great political and religious turmoil in Great Britain. Law's writings influenced many prominent religious figures of the day, including John and Charles Wesley, the founders of Methodism, and George Whitefield, a renowned preacher and evangelist in the early Methodist movement.