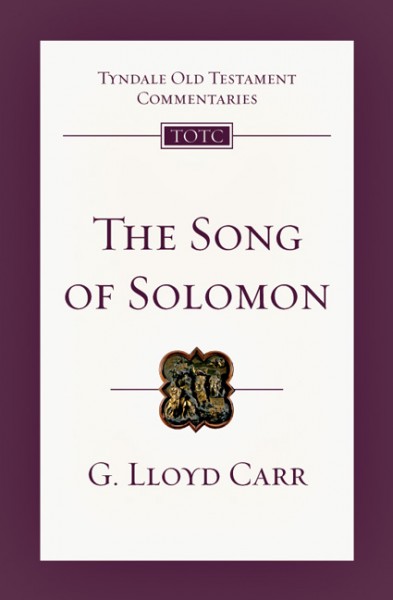 "The Song is a celebration of the nature of humanity---male and female created in God's image for mutual support and enjoyment. There is nothing here of the aggressive male and the reluctant or victimized female. They are one in their desires because their desires are God-given." So writes Lloyd Carr in this introduction and commentary to the Song of Solomon. With his own unique style, Carr skillfully explains the meaning of this ancient love story in a way that can be clearly grasped and applied for Christians living in today's world.

"There simply is no series of medium-length commentaries that approaches the excellence of the Tyndale commentaries." — Donald A. Hagner, Fuller Theological Seminary G. Lloyd Carr (Ph. D., Boston University) is professor of biblical and theological studies and chairman of the division of humanities at Gordon College in Massachusetts.
ISBN: 9780830842193