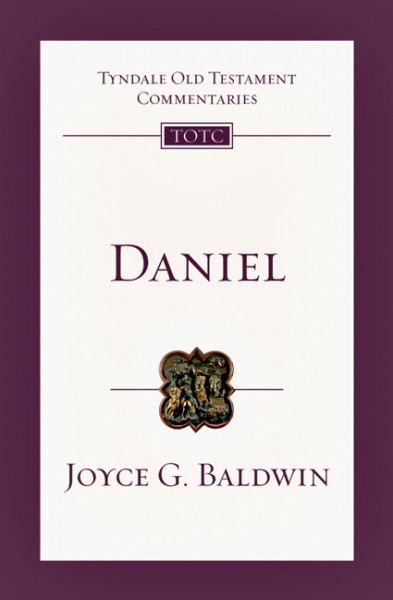 Daniel is a difficult book. But it is a book about the meaning of history, and people today need its message. The whole church needs reassurance, especially in view of Marxist claims to be able by human effort to introduce a utopian world government. "When the church lets part of its message go by default people look elsewhere for a substitute," writes Joyce Baldwin. "All the more reason, then, why the church needs to be counting on the certainties proclaimed by Daniel, namely that God is constantly overruling and judging in the affairs of men, putting down the mighty from their seats, overthrowing unjust regimes and effectively bringing in His kingdom, which is to embrace all nations."

"There simply is no series of medium-length commentaries that approaches the excellence of the Tyndale commentaries." — Donald A. Hagner, Fuller Theological Seminary Joyce G. Baldwin (B.A., B.D.) was principal of Trinity College, Bristol, and wrote several volumes in the Tyndale Old Testament Commentary series. She passed away in 1996.
ISBN: 9780830842230