Great Lives: Paul: A Man of Grace and Grit 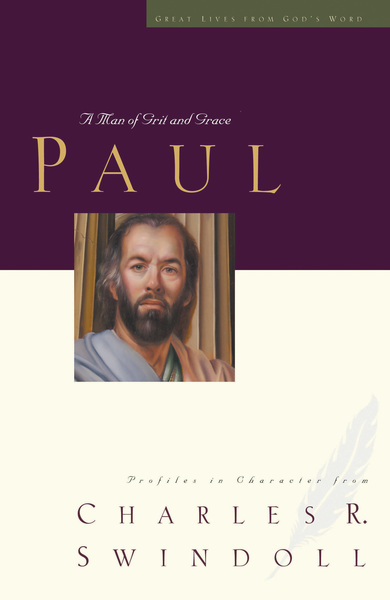 Great Lives: Paul: A Man of Grace and Grit

Title: Great Lives: Paul: A Man of Grace and Grit

The apostle Paul was, in his own words, "the chief of all sinners." Yet, this colossal figure left an indelible signature of greatness. Join renowned pastor Charles Swindoll in Great Lives: Paul as he examines the influence and impact of this remarkable man.

Tough, tenacious, and fiercely determined, Paul pursued his divine mission with unflinching resolve, and God used him mightily to turn the world upside down for Christ in his generation. Perhaps that's why Paul's life is such a source of hope for us. If the chief of sinners can be forgiven and become God's chosen vessel, can He not forgive and use us as well?

In Great Lives: Paul, the sixth book in his bestselling Great Lives series, Swindoll argues that no other person in the Bible, aside from Christ himself, had a more profound influence on his world and ours today than Paul.

Within the pages of Great Lives: Paul, Swindoll paints a vivid picture of Paul's incredible life and legacy, tracing the story of how God reached down to Paul in all his self-righteous zeal and:

Join Swindoll as he invites you to travel far back to another place in another era--allowing us to focus our attention on this one man's life, clinging closely to his side. Hopefully, as a result, our lives will never again be the same.