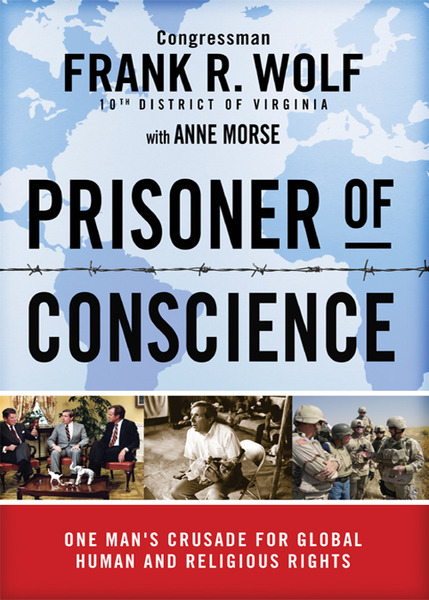 What’s a congressman from Virginia doing in places where bullets fly and babies starve? Thirty years ago, Frank Wolf was elected to the U.S. Congress to address local transportation issues. Fueled by a faith that made him believe he could do something about it, the congressman grew to champion human and religious rights around the world—from cracking down on gang-related crimes in the U.S. to relieving suffering from war, AIDS, and famine in places like Darfur, China, and Bosnia. Eventually, he became a key proponent of opposing radical Jihadists and creating a National Committee on Terrorism. As Wolf visited some of the most dangerous places in the world, he saw firsthand the need for members of Congress to speak out for persecuted people around the globe. In Prisoner of Conscience, he shares intimate stories of his adventures from the halls of political power to other dangerous places around the world, what he has learned along the way, and what you can do about it now.