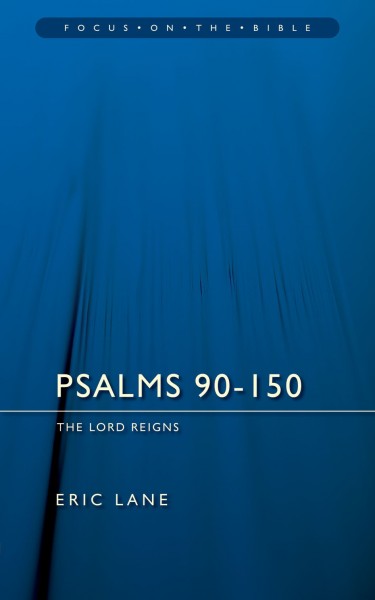 A Psalm is basically a poem set to music and sung. For centuries the Psalms would have been the most familiar part of scripture to people who had no access to books. They are not only an integral part of the shared experience of the church but they also communicate God's guidance to this world, reveal his character and encourage his people.

In his previous volume Eric taught us about the first three books of the Psalms (Psalms 1 to 89). In it he introduced us to the staggering range of subjects covered in the Psalms.

This volume continues his exposition with the last two books of the Psalms (90 to 150) - which includes the earliest Psalm (Psalm 90 - attributed to Moses), and the Psalms of Ascent (Psalms 120 to 134). Each of these two books ends with their own doxology

This collection of Psalms is ancient - as least as old as the second or third century B.C. It is not chronological, nor even grouped according to author. The style is predominantly praise but the Psalms also include prayers, complaints - and even curses.

This volume also contains an appendix, giving a suggested chronological order for the Psalms. All of which makes this a fascinating book to seek guidance from - with the experienced help of Eric Lane.

Eric is also the author of Proverbs - Everyday Wisdom for Everyone in the Focus on the Bible commentary series.

This volume is available for purchase individually, or as part of the Focus on the Bible Commentary Set (41 Vols.).