The Mirage of Peace: Understand The Never-Ending Conflict in the Middle East - Olive Tree Bible Software

The Mirage of Peace: Understand The Never-Ending Conflict in the Middle East 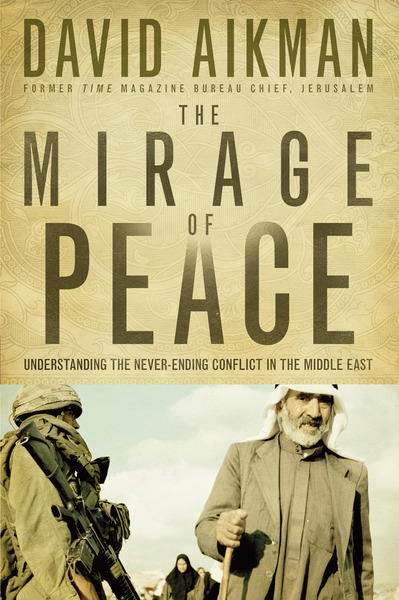 The Mirage of Peace: Understand The Never-Ending Conflict in the Middle East

Title: The Mirage of Peace: Understand The Never-Ending Conflict in the Middle East

Morning headlines announce renewed violence and fresh calls for peace negotiations, while pundits on talk radio and cable TV shout conflicting opinions at anyone who will listen. Between perplexing contradictions and inflammatory rhetoric, it is often difficult to find out what's really going on in the Middle East. Former TIME magazine Jerusalem bureau chief David Aikman, who has spent decades reporting on Mid-East issues, takes a sober, balanced look at a region aflame. He brings a journalist's mind and a believer's heart to his exploration of the political and religious factors in play, and goes beyond the media's chronic oversimplification to carefully examine recent history and the leaders who have made that history. Aikman turns a critical eye on the policies of the region's prime players, resorting neither to blind pro-Israeli sentiment nor to reactionary pro-Palestinian bias. He challenges fellow Christians to a similar approach to the Middle East: respect, reason, and love, rather than unqualified tolerance on the one hand or religious crusading on the other. Discover the truth behind the headlines: God's restoring hand is at work in a region of the world torn apart by centuries of strife.