Red Letter Christians: A Citizen's Guide to Faith and Politics 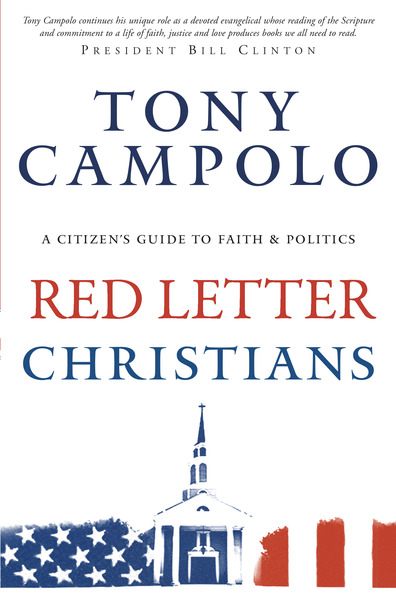 Red Letter Christians: A Citizen's Guide to Faith and Politics

In today's political environment, who speaks for whom is not always clear. Over the past couple of decades, evangelical Christians have tended to be associated with the religious right and the most conservative positions of the Republican Party. Rebelling against this designation are those who prefer to be called Red Letter Christians, desiring to live out Jesus's words in the New Testament. Believing that Jesus is neither a Republican nor a Democrat, Red Letter Christians want to jumpstart a religious movement that will transcend partisan politics and concentrate on issues such as fighting poverty, caring for the environment, advancing peace, promoting strong families, and supporting a consistent ethic of life, all viewed as critical moral and biblical values. Into this arena of thought steps Tony Campolo, the powerful evangelist known for his passionate and prophetic sharing of the radical message of Jesus. In this book, Campolo examines many of the hot-button issues facing evangelicals from the perspective of Jesus's red-letter words in the Bible. No matter where you fall on the political spectrum, Campolo will make you think, pray, and act.
ISBN: 9781441223753