The Virtues of Capitalism: A Moral Case for Free Markets 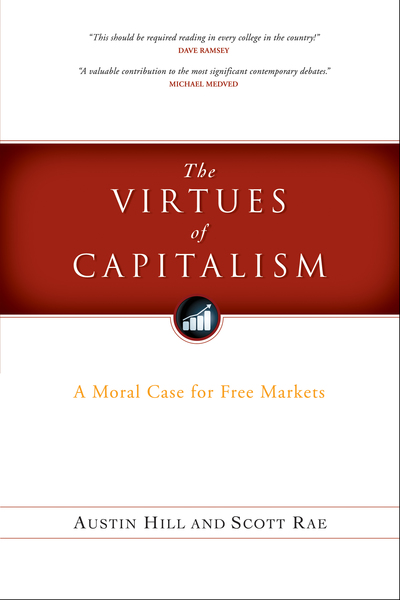 The Virtues of Capitalism: A Moral Case for Free Markets

Title: The Virtues of Capitalism: A Moral Case for Free Markets

In the aftermath of the recent economic downturn, some observers leveled harsh criticism against free-market economies. In the spring of 2009, for instance, an article in the The London Telegraph insisted that the industrialized West must re-articulate its moral case for market capitalism. Additionally, numerous commentators proclaimed the days of unfettered markets to be over.

In this timely and balanced book, Austin Hill and Scott Rae agree with capitalism's critics that the economy is essentially a moral issue, but they argue that free markets are by-and-large the solution to financial disasters rather than the cause. Though they recognize that there are legitimate criticisms of the market system -- and real limits to what it can and should accomplish -- the authors further conclude that capitalism both depends upon and sustains classic Judeo-Christian virtues better than any of its rival systems.

Thoughtful and engaging, this book pushes against the tide of current public opinion and some of the administration's proposed economic policies with a principled defense of capitalism.