Riots, Revolution, and the Scottish Covenanters 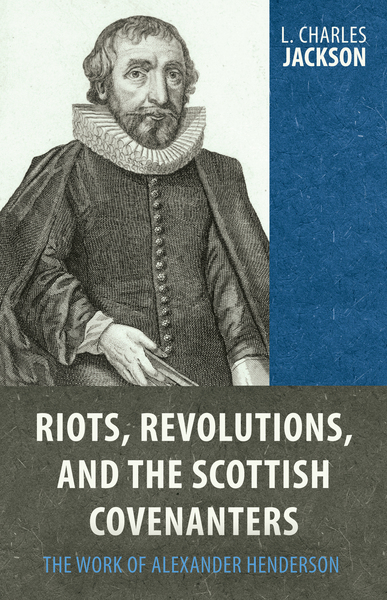 Riots, Revolution, and the Scottish Covenanters

Coauthor of the famous Scottish National Covenant, moderator of the Glasgow General Assembly that defied King Charles I, and member of the Westminster Assembly, Alexander Henderson (1583–1646) led Scotland during the tumultuous period of the British Revolutions. He influenced Scotland as a Covenanter, preacher, presbyterian, and pamphleteer and earned an important place in the nation’s history. Despite his numerous accomplishments, no modern biography of Henderson exists. In Riots, Revolutions, and the Scottish Covenanters, L. Charles Jackson corrects this omission. He avoids the extremes of casting Henderson as a forerunner to liberty or as a theological tyrant and instead places his actions in their historical setting, presenting this important leader as he saw himself: primarily a minister of the gospel who was struggling to live faithfully as he understood it. Using neglected and, in some cases, new sources, Jackson reassesses the role of religion in early modern Scotland as reflected in the life of Alexander Henderson. “There has long been a need for a modern, scholarly study of Alexander Henderson, the most important clerical leader of the Scottish Covenanters. Charles Jackson’s carefully researched work helps us to understand why Henderson was so effective and why his death in 1646 was such a loss to the Covenanter movement. The book engages with a number of debates among historians and highlights the importance of religion in Covenanter ideology. It will be of particular interest to students of the British Civil Wars, presbyterianism, and the Reformed tradition.” — John Coffey, professor of early modern history, University of Leicester
ISBN: 9781601783745