God Is Great, God Is Good: Why Believing in God Is Reasonable and Responsible - Olive Tree Bible Software 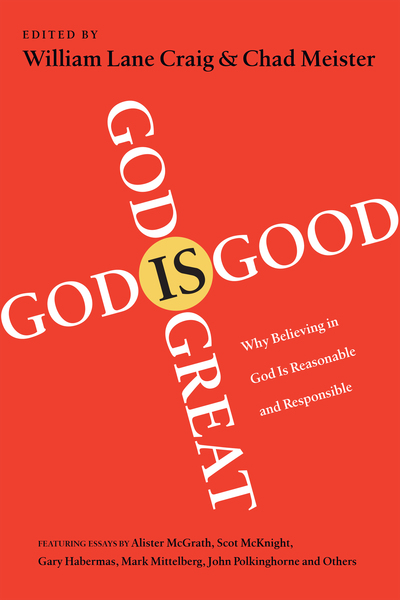 Title: God Is Great, God Is Good: Why Believing in God Is Reasonable and Responsible

2010 Christianity Today Book Award winner The days have passed when the goodness of God--indeed, the reality of God itself--could reasonably be called a consensus opinion. God's reputation has come under considerable review in recent days, with some going so far as to say that it's not we who've made a mess of things. Instead whatever it is we call God is to blame. But is such an opinion really a fair assessment? In this magisterial collection, the contemporary complaints against belief in God are addressed with intellectual passion and rigor by some of the most astute theological and philosophical minds of the day: J. P. Moreland Paul Moser John Polkinghorne Michael Behe Michael J. Murray Alister McGrath Paul Copan Jerry Walls Charles Taliaferro Scot McKnight Gary Habermas Mark Mittelberg Chad Meister William Lane Craig Including an interview by Gary Habermas with noted convert to theism Antony Flew, and a direct critical response to Richard Dawkins's God Delusion by Alvin Plantinga, God Is Great, God Is Good offers convincing and compelling reassurance that though the world has changed, God has not.
ISBN: 9780830868117