Western Christians in Global Mission: What's the Role of the North American Church? 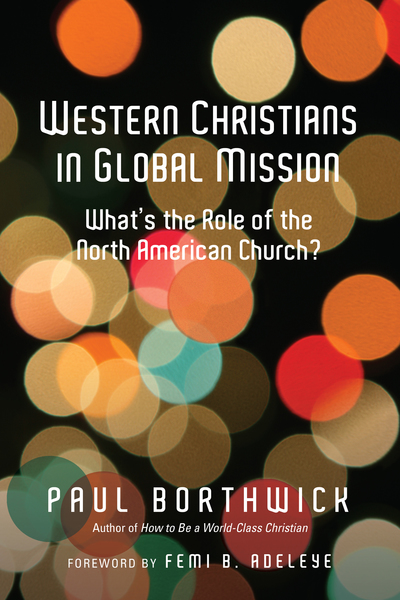 Western Christians in Global Mission: What's the Role of the North American Church?

The 2014 Christianity Today Book Award of Merit Winner (Missions/Global Affairs) 2014 Outreach Magazine Resource of the Year ("Also Recommended," Global Outreach) The world has changed. A century ago, Christianity was still primarily centered in North America and Europe. By the dawn of the twenty-first century, Christianity had become a truly global faith, with Christians in Asia, Africa and Latin America outpacing those in the rest of the world. There are now more Christians in China than in all of Europe, more Pentecostals in Brazil than in the United States, and more Anglicans in Kenya than in Great Britain, Canada and the United States combined. Countries that were once destinations for western missionaries are now sending their own missionaries to North America. Given these changes, some think the day of the Western missionary is over. Some are wary that American mission efforts may perpetuate an imperialistic colonialism. Some say that global outreach is best left to indigenous leaders. Others simply feel that resources should be focused on the home front. Is there an ongoing role for the North American church in global mission? Missions specialist Paul Borthwick brings an urgent report on how the Western church can best continue in global mission. He provides a current analysis of the state of the world and how Majority World leaders perceive North American Christians' place. Borthwick offers concrete advice for how Western Christians can be involved without being paternalistic or creating dependency. Using their human and material resources with wise and strategic stewardship, North Americans can join forces with the Majority World in new, interdependent ways to answer God?s call to global involvement. In this critical age, the global body of Christ needs one another more than ever. Discover how the Western church can contribute to a new era of mission marked by mutuality, reciprocity and humility.
ISBN: 9780830866052