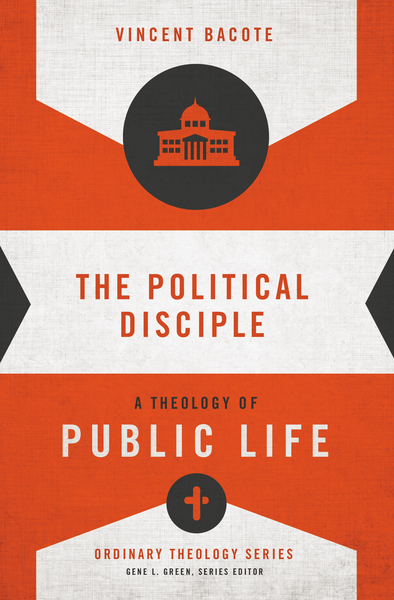 What might it mean for public and political life to be understood as an important dimension of following Jesus?  As a part of Zondervan’s Ordinary Theology series, Vincent E. Bacote’s The Political Disciple addresses this question by considering not only whether Christians have (or need) permission to engage the public square, but also what it means to reflect Christlikeness in our public practice, as well as what to make of the typically slow rate of social change and the tension between relative allegiance to a nation and/or a political party and ultimate allegiance to Christ. Pastors, laypeople, and college students will find this concise volume a handy primer on Christianity and public life.