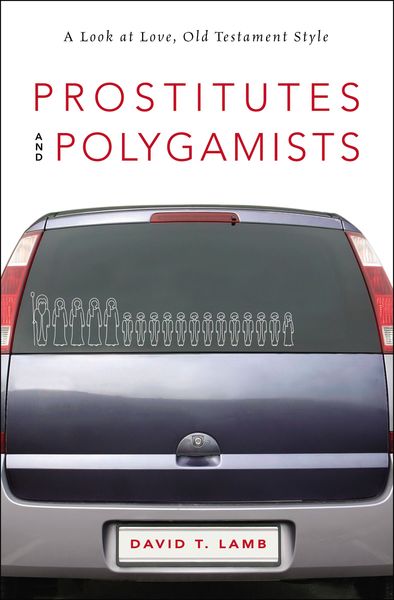 Jacob and Solomon were polygamists. Tamar and Rahab were prostitutes. What are polygamists and prostitutes doing on the pages of Holy Scripture? And God told the prophet Hosea to marry a prostitute. What about Cain—did he really marry his sister? Abraham did, and he was also a polygamist. Lot offered his daughters up for rape, David committed adultery (or rape?) and the Bible calls both men righteous. Love, Old Testament style, was bizarre.

As readers of the Old Testament encounter these weird, confusing, and horrific “love” stories they ask, “What’s up with sex in the Old Testament?” The church often ignores the R-rated bits of the Bible, so it’s hard for people to find answers to their disturbing questions about sex in Scripture, which can lead people to give up on God and God’s word.

However, these stories were included in the Bible for a reason, to reveal an even more shocking “love” story. When humans behave badly, God behaves graciously. God not only forgives people with sexual baggage, but also redeems their lives and includes them in his mission. God’s word records their story to benefit us. Just as sex was not often ideal in the Old Testament, it’s often not ideal today. Instead of ignoring these stories, Prostitutes and Polygamists engages, discusses, and learns from them.