Living Among Lions: How to Thrive like Daniel in Today's Babylon - Olive Tree Bible Software

Living Among Lions: How to Thrive like Daniel in Today's Babylon 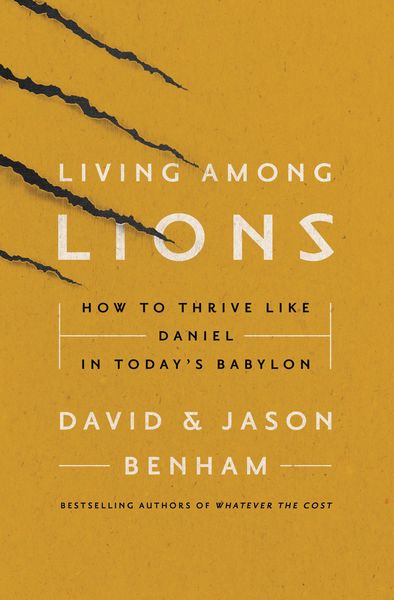 Living Among Lions: How to Thrive like Daniel in Today's Babylon

Title: Living Among Lions: How to Thrive like Daniel in Today's Babylon

What does an ancient Jewish prophet have to do with modern America? What, if anything, can we learn from a man who lived 2,400 years ago as a captive in the land we now call Iraq? As it turns out, quite a bit.

David and Jason Benham are convinced the biblical example of Daniel holds the keys to contemporary Christians living victoriously in a world increasingly hostile to people of faith. Like Daniel, many believers today find themselves in an unfriendly environment, one opposed to the God they serve. Yet, like Daniel, they must learn how to take a stand while serving the people around them.

Living Among Lions is for Christian brothers and sisters who have the potential to transform their world but find themselves standing in the shadows wondering how to respond in an unfriendly environment. Divided into three sections, Living Among Lions covers three distinct characteristics that made Daniel strong: Conviction, Commitment, and Courage.

Daniel possessed all of these qualities and lived them out. As a result, God gave him unprecedented favor and supernatural power. A mere slave living in exile, Daniel emerged as one of the most powerful men in the known world. Daniel’s conviction, commitment, and courage empowered him not merely to survive in Babylon but to thrive. He did not conform to his world; he transformed his world.