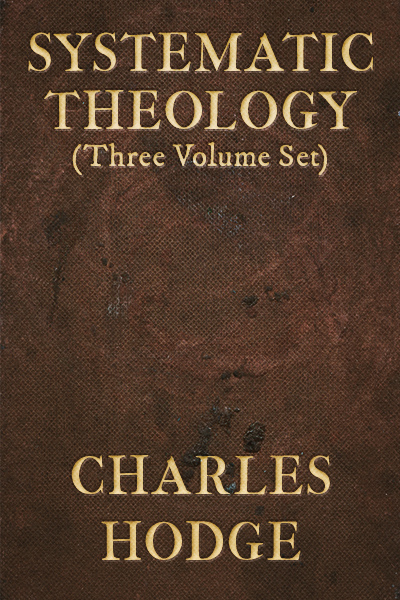 One of the great defenders of Calvinism, Charles Hodge is a well-known and important theologian. His Systematic Theology (3 Vols.) is his greatest work. Composed of three separate volumes, it addresses some of the most important theological questions of both that time and our current time. The first volume contains an introduction and then addresses Theology Proper - the study of God. The second volume examines Anthropology - the study of human beings - and Soteriology - the study of salvation. The third, and final volume, discusses Eschatology - the study of end times. This unabridged version of his work retains the mastery of Hodge's work. Since the first publication of these volumes, countless theologians and pastors have found them helpful. Use them as a study aid or for personal edification.

Charles Hodge graduated from Princeton Theological Seminary in 1819, and was ordained a Presbyterian minister in 1821. He additionally studied French, Arabic and Syriac in Europe from 1826 to 1828.

As a professor at Princeton his contributions to the Princeton Theological Review were considered masterpieces. Deeply steeped in Presbyterian and Calvinism, he published many works from the 1830s on, but his Systematic Theology (1871-1873) is considered his magnum opus, 3 volumes extending to 2260 pages in print. He was recognized on his death in 1878 as a leading proponent of the Princeton theology.