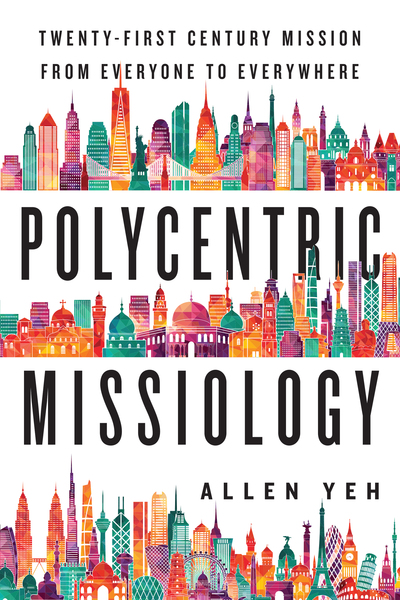 Title: Polycentric Missiology: 21st-Century Mission from Everyone to Everywhere

The Edinburgh 1910 World Missionary Conference was the most famous missions conference in modern church history. A century later, five conferences on five continents displayed the landscape of global mission at the dawn of the third millennium: Tokyo 2010, Edinburgh 2010, Cape Town 2010, 2010Boston, and CLADE V (San José, 2012). These five events provide a window into the state of world Christianity and contemporary missiology. Missiologist Allen Yeh, the only person to attend all five conferences, chronicles the recent history of world mission through the lenses of these landmark events. He assesses the legacy of Edinburgh 1910 and the development of world Christianity in the following century. Whereas Edinburgh 1910 symbolized Christendom's mission "from the West to the rest," the conferences of 2010-12 demonstrate the new realities of polycentric and polydirectional mission—from everyone to everywhere. Yeh's accounts of the conferences highlight the crucial missiological issues of our era: evangelism, frontier missions, ecumenism, unengaged and post-Christian populations, reconciliation, postmodernities, contextualization, postcolonialism, migration, and more. What emerges is a portrait of a contemporary global Christian mission that encompasses every continent, embodying good news for all nations.
ISBN: 9780830899265