God Is Here to Stay 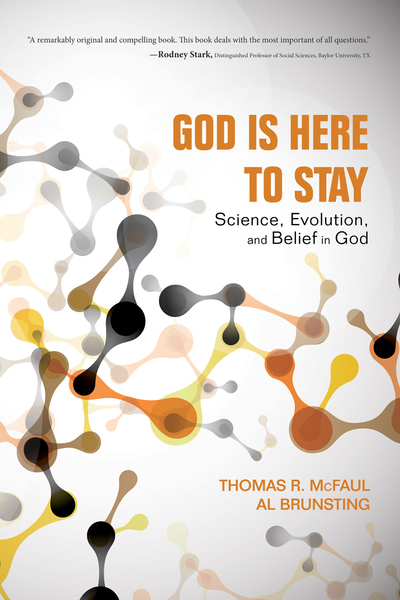 God Is Here to Stay

Title: God Is Here to Stay

God Is Here to Stay offers new insights into one of humankind's most profound questions: Does God exist? During the past ten years, theists and new atheists have argued to prove or disprove God's existence. Examining the pros and cons of each side leads to one overarching conclusion: The existence of God can be neither proven nor disproven with complete certainty, even though both sides draw on modern science to support their views. Drs. Thomas R. McFaul and Al Brunsting approach the question of God's existence from an entirely fresh perspective. They examine scientific knowledge in several areas ranging across the physical sciences and human experience to explain how the universe operates within very narrow and highly structured boundaries. Most importantly, they create an innovative "L-M Confidence Scale" to establish confidence levels, not proofs, on how scientific discoveries impact belief in God. McFaul and Brunsting describe the three stages of scientific evolution. In stage 1, the world's religions developed divergent pre-scientific views. Modern science started with stage 2, during which atheists predicted that science would eventually eradicate religion. In stage 3, the authors show how science, evolution, and belief in God have become increasingly integrated and mutually supportive.
ISBN: 9781630871802