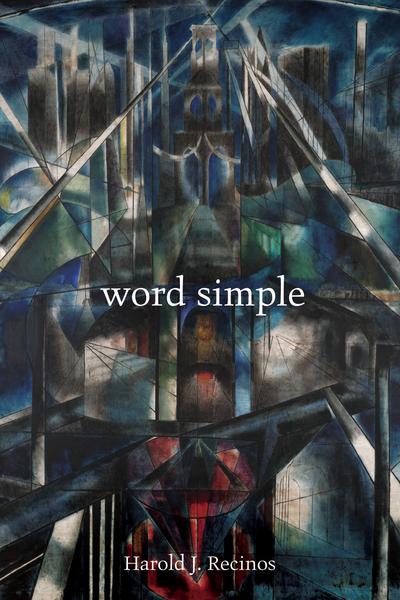 Recinos discovered a love for poetry after being abandoned by Latino immigrant parents and living on the streets dealing with drugs, poverty, violence, racial discrimination, and existential desolation. After several homeless years, he was taken into the family of a white Presbyterian minister and guided back to school. Later, attending graduate school in New York City, Recinos befriended Nuyorican poets the late Miguel Pinero and Pedro Pietri who encouraged him to write and read poetry at the Nuyorican poets cafe. Word Simple is a collection of poetry that raises questions about how society is constructed from the context of people who are routinely silenced by history. Recinos' poems describe the realities of faith, love, struggle, migration, refugee flight, urban depravity, the politics of hate, and the fierce anger of the indignity of a life of marginality in society. His poetry not only expresses outrage and despair in the face of unjust suffering in the world, but he projects the struggles and beauty of invisible people who tilt always toward recognition. By his choice of subjects in his poetry, Recinos provides readers with sensitive and ethical resources to show the horror and joys of life. Graffiti on a page!
ISBN: 9781498245746