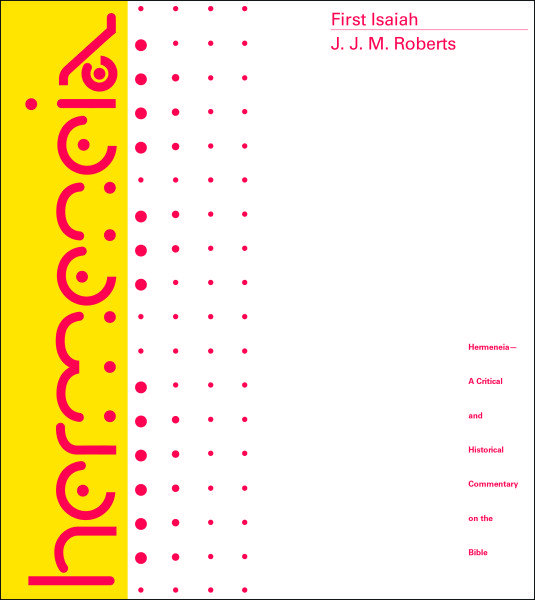 The eighth-century BCE Isaiah of Jerusalem, the so-called First Isaiah, is one of the most important theological voices in the Bible. J. J. M. Roberts takes a classical historical-critical approach to his interpretation of this material, making good use of his broad comparative knowledge of ancient Near Eastern historical and religious sources.

In light of Isaiah’s very long prophetic ministry of at least thirty-eight years, and perhaps as long as fifty-three years, Roberts also suggests Isaiah often reedited older oracles from early in his ministry to address new, though somewhat analogous situations, albeit with different players, later in his ministry, without erasing telltale signs of the material’s earlier origin.

In many cases, this suggestion provides a better explanation for glaring inconsistencies in an apparently connected text than the common fragmentation of the text that attributes such inconsistencies to later editors who either misunderstood or intentionally altered Isaiah’s message for their own purposes.