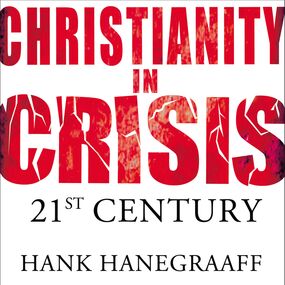 Christianity in Crisis: 21st Century, like its predecessor, is a book that is not as much about the Faith teachers themselves but about Faith followers who inevitably become distracted, disillusioned, and discouraged.

Nearly two decades ago, Hank Hanegraaff's award-winning Christianity in Crisis alerted the world to the dangers of a cultic movement within Christianity that threatened to undermine the very foundation of biblical faith. In the 21st century, there are new dangers--new teachers who threaten to do more damage than the last.

Through make-believe miracles, urban legends, counterfeit Christs, and twisted theological reasoning, they peddle an occult brand of metaphysics that continues to shipwreck the faith of millions around the globe: