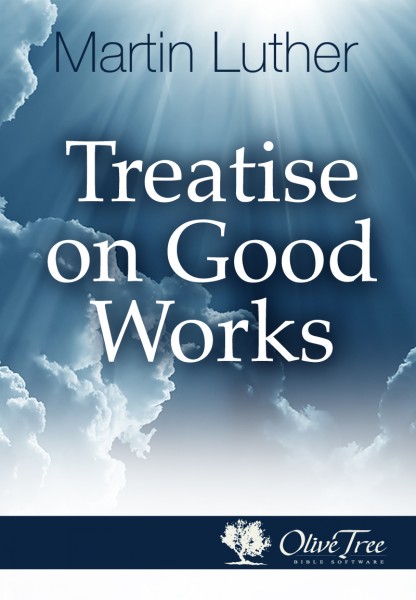 Martin Luther had in mind the well-being of his own congregation in Wittenberg, as well as that of all believers of his day, when in 1519 he wrote this Treatise on Good Works. Luther was determined to refute those who contended that his emphasis on justification by faith alone promoted lawlessness and shameless immorality. Expounding the Ten Commandments in the New Covenant language of faith, grace, and God's love, the great German reformer argues that "all works, let their name be what it may, become good only when they flow from faith, the first, greatest, and noblest of good works" (John 6:29). The essence of the first commandment, according to Luther, God, His goodness and His unconditional love for us, whatever our state or circumstances. Out from this true spirit the remaining commandments issue. Without faith, all the good practices a person might perform "are nothing and altogether dead."

Martin Luther (1483 – 1546) was a German monk, priest, professor, theologian, and church reformer. His teachings inspired the Reformation and deeply influenced the doctrines and culture of the Lutheran and Protestant traditions, as well as the course of Western civilization. Luther's study and research as a Bible professor led him to question the contemporary usage of terms such as penance and righteousness in the Roman Catholic Church. He became convinced that the church had lost sight of what he saw as several of the central truths of Christianity — the most important being the doctrine of justification by faith alone. He began to teach that salvation is a gift of God's grace through Christ received by faith alone. As a result of his lectures on the Psalms and on Paul's letter to the Romans, from 1513-1516, Luther "achieved an exegetical breakthrough, an insight into the all-encompassing grace of God and the all-sufficient merit of Christ."