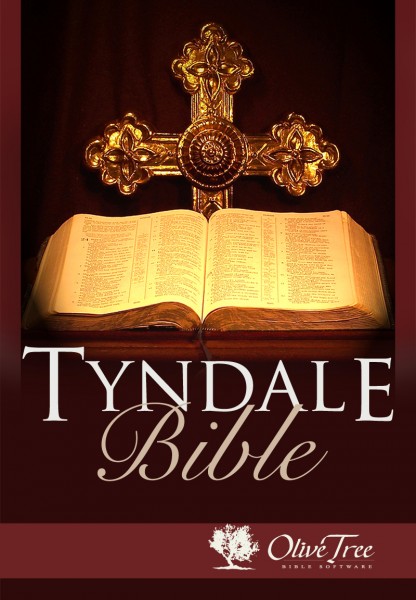 William Tyndale's translation of the Bible into Early Modern English is a seminal work that has greatly impacted and shaped English translations of the Holy Scriptures. This influential translation is regarded as a major source for the King James Bible, the Geneva Bible and the Douay-Rheims Bible. The Tyndale Bible contains some of the best known phrases of the Bible including "salt of the earth," "let there be light," "a law unto themselves," and "my brother's keeper" which have become staples of the English language and Bible translations.

William Tyndale (1494?-1536) was a reformer and Bible translator, a brilliant scholar and linguist. He had a vision to translate the Bible into the vernacular English language, but found only resistance to his purpose in the established Church. Seeking to publish his New Testament translation, Tyndale fled to Germany where he found a printer willing to produce large quantities of his translation. The New Testament was smuggled back into England and Scotland, where Bishop Cuthbert Tunstall condemned it and ordered public burnings of the printed copies. Cardinal Wolsey condemned Tyndale as a heretic and ordered his arrest. Tyndale went into hiding, but was betrayed to the authorities. Tried and convicted, he was strangled and then burned at the stake.

A short biography of William Tyndale by John Piper is also available from Olive Tree.

These files were made available from the Holiness Classics Library of the Wesley Center Online at http://wesley.nnu.edu.