William Tyndale: Why He Lived and Died 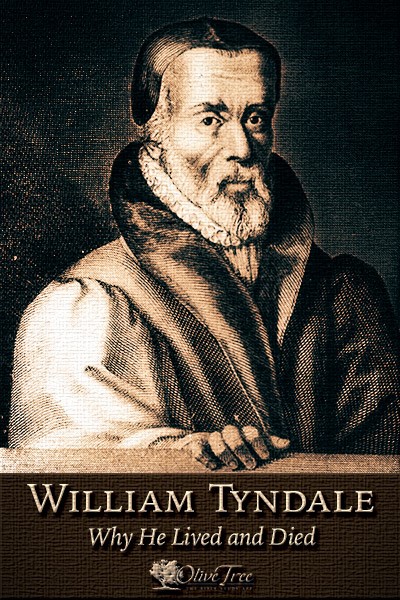 William Tyndale: Why He Lived and Died

Title: William Tyndale: Why He Lived and Died

William Tyndale : Always Singing One Note - A Vernacular Bible: Why He Lived and Died

William Tyndale, who lived and died to translate the Greek and Hebrew Bible into English so that the common people could also read God's Word, died a martyr's death for his labor. Tyndale had caught hold of a vision that drove him beyond all else, and he refused to rest until he had accomplished God's call for his life. John Piper, in this short biography, highlights some of Tyndale's characteristics and actions, and applies them to our daily lives. Perhaps one of the most moving passages is a quote from Tyndale himself.

If God promise riches, the way thereto is poverty. Whom he loveth he chasteneth, whom he exalteth, he casteth down, whom he saveth he damneth first, he bringeth no man to heaven except he send him to hell first. If he promise life he slayeth it first, when he buildeth, he casteth all down first. He is no patcher, he cannot build on another man's foundation. He will not work until all be past remedy and brought unto such a case, that men may see how that his hand, his power, his mercy, his goodness and truth hath wrought all together. He will let no man be partaker with him of his praise and glory.

William Tyndale's translation of the Bible is also available as a free download from Olive Tree.