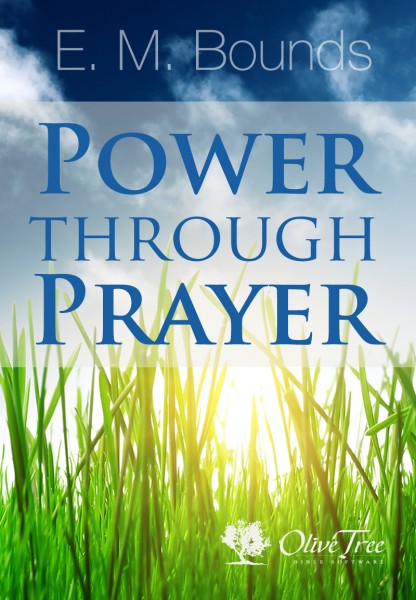 This classic eBook by E. M. Bounds has been called one of the great masterpieces on the subject of prayer. Power through Prayer was written especially to convict, exhort, and encourage those who preach God's word that the secret of successful ministry is prayer and communion with the Lord. The book's twenty chapters have titles like "Men of Prayer Needed," "Our Sufficiency is of God," "Prayer, the Great Essential," "Examples of Praying Men," and "Heart Preparation Necessary." Characteristic of all books by this author, each chapter begins with one or more inspiring quotations from the writings of others who have realized the importance of prayer and its power to change the world. The simple clarion call to "Pray! Pray! Pray!" rings throughout the book.

One who knew this author personally testified that everything Bounds wrote was for the salvation of his readers. The weight, the gravity, the conviction with which E. M. Bounds speaks on prayer make this and all his books a treasure for those who want to know God as he did.