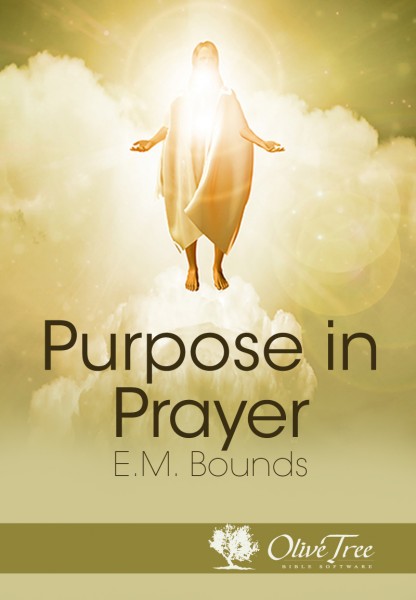 In this classic eBook, author E. M. Bounds explores the concept of purpose as it applies to prayer, urging readers to consider well the consequences of prayer as well as the inevitable results of the lack thereof. With impassioned words such as the following, Bounds seeks to awaken readers to their solemn but blessed duty:

"God shapes the world by prayer. Prayers are deathless. The lips that uttered them may be closed in death, the heart that felt them may have ceased to beat, but the prayers live before God, and God's heart is set on them and prayers outlive the lives of those who uttered them; outlive a generation, outlive an age, outlive a world." The prayers of God's saints strengthen the unborn generation against the desolating waves of sin and evil. Woe to the generation of sons...whose fathers have been too busy or too unbelieving to pray."

As with all of the author's books, Purpose in Prayer has the power to change a life and, in so doing, to change the world. Reading this eBook on your PDA or mobile phone, you will be able to use the hyperlinked verse references and Scripture index to connect what you read directly with the Bible.