A Serious Call to a Devout and Holy Life 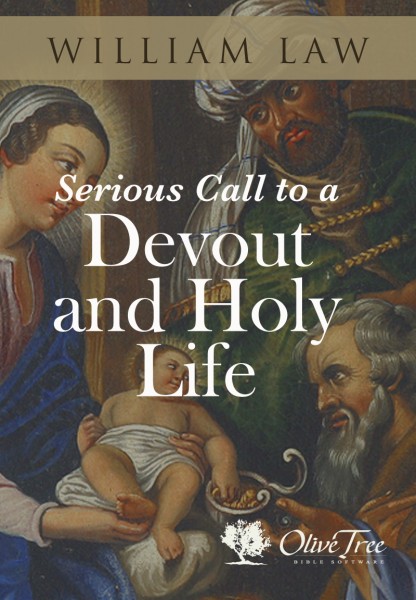 A Serious Call to a Devout and Holy Life

Title: A Serious Call to a Devout and Holy Life

A Serious Call to a Devout and Holy Life is the most well-known and influential of William Law's many Christian writings. It issues a passionate call for readers to live a life "governed by the spirit of devotion," but also offers down-to-earth practices for doing so, such as a regular method of daily prayer, and meditation on Christian virtues like humility and universal love.

The aim of Law's treatise is to set readers on a path that draws always closer to God, and to enable them to turn aside from the temptations of the present "polite age" that sees heartfelt religious devotion as weak or ignorant. One of Law's contemporaries remarked, "If Mr. Law finds a spark of piety in a reader's mind, he will soon kindle it into a flame." While clearly grounded in the passion and revival of a pivotal moment in Christian history, Law's words ring with an inspiration that is still relevant to Christian readers today.