An Humble, Earnest, and Affectionate Address to the Clergy - Olive Tree Bible Software

An Humble, Earnest, and Affectionate Address to the Clergy 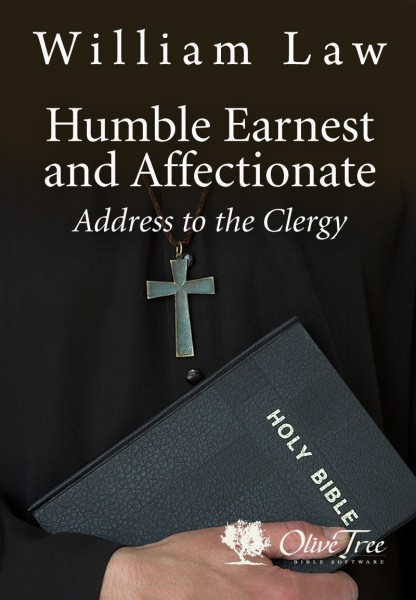 An Humble, Earnest, and Affectionate Address to the Clergy

Title: An Humble, Earnest, and Affectionate Address to the Clergy

William Law was a prolific and impassioned writer, and produced many important works on Christian doctrine throughout his life. His final work, A Humble, Earnest, and Affectionate Address to the Clergy, was written in 1761 and taken to press only a few days before his death.

Despite its title, Law's Humble Address is primarily a theological work, not a treatise on the intricacies of religious polity. In it, he lays out and discusses the "most essential" facets of Christian doctrine—namely that all believers come to complete dependence upon and obedience to the Spirit of God. Nothing other than this, he explains, is required by the law, and nothing short of this can be effectual in redeeming humans from sin. He addresses his work to the clergy because of their crucial role in instructing other believers, saying, "whatever is essential to Christian salvation, if either neglected, overlooked, or mistaken by them [the clergy], is of the saddest consequence both to themselves and the churches in which they minister."

Ringing with passionate language about the absolute power of God's Spirit and sharpened by an insightful critique of church teaching appropriate to his tumultuous historical context, William Law's final work reaffirms his faith in the fundamentals at the heart of Christian belief, and calls other believers to share his devotion to those fundamentals.