The Supremacy of Christ in a Postmodern World 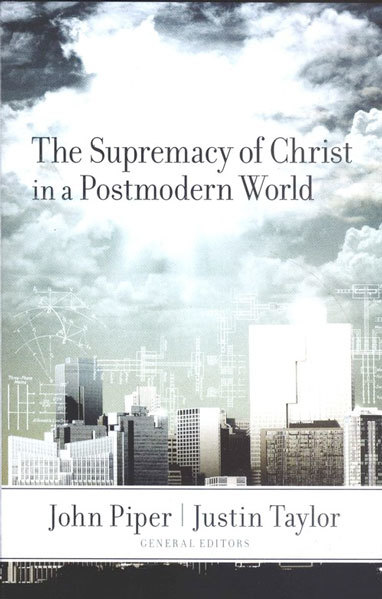 The Supremacy of Christ in a Postmodern World

Title: The Supremacy of Christ in a Postmodern World

Six of today’s leading pastor-theologians—John Piper, Voddie Baucham, D. A. Carson, Tim Keller, Mark Driscoll, and David Wells—have joined together to offer Christians a practical, biblical vision of Christ’s supremacy, so they will be better prepared to present the undeniable truth to a searching society. After grounding readers in the important truths of Christ’s deity and the gospel, The Supremacy of Christ in a Postmodern World strives to help believers understand how to share these truths in a postmodern society. As readers begin to apply the lessons from this book, they will gain a practical, biblical vision of ministry for the twenty-first century.

These essays make available in print the keynote addresses given by these evangelical leaders at the 2006 Desiring God National Conference.

“Many would have us believe that life is hopelessly fragmented and truth an elusive dream. The authors of this book beg to differ and enthusiastically point us to the cohesive centrality and absolute supremacy of Jesus Christ. —Sam Storms, founder, Enjoying God Ministries

“Over the past decade evangelicals have been divided over how to respond to the challenges of postmodernism. The options—which have ranged from naïve denial to unquestioned embrace—tend to suffer from the same fatal flaw: putting the emphasis on culture rather than Christ. This collection corrects that error by providing a fresh perspective that is pastorally sensitive and biblically sound." —Joe Carter, Director of Communications, Family Research Council

ECPA Gold Medallion winner John Piper is senior pastor of Bethlehem Baptist Church in Minneapolis and the head of Desiring God. He has written numerous books on topics that include personal holiness, missions, and historical figures.

Justin Taylor is Study Bible project director and associate publisher at Crossway. He has edited and contributed to several books, including A God-Entranced Vision of All Things and Reclaiming the Center.

D. A. Carson is Research Professor of New Testament at Trinity Evangelical Divinity School, where he has taught since 1978. He earned a doctorate in New Testament Studies from Cambridge University. He is an active guest lecturer, and he has written or edited more than forty books. He and his wife, Joy, have two children and live in the north suburbs of Chicago.

Mark Driscoll is the founding pastor of Mars Hill Church in Seattle, one of the fastest-growing churches in America. He is president of the Acts 29 Church Planting Network and is the author of several books, including Vintage Jesus.